Mangoes: A single mango has your entire recommended
Appendix 359

daily amount for beta-carotene, 57 mg of vitamin C, and
plenty of cancer-fighting antioxidants and heart-healthy
carotenoids.
Noni: Used in the Pacific and Caribbean islands for the
treatment of inflammation and pain. Human studies
indicate it may help prevent cancer.
Oranges: One orange provides an impressive 50 g to 70
g of vitamin C, 40 mcg of folic acid, 52 mg of calcium, as
well as beta carotene and Vitamins B1, B2, B3, and fiber.
Tangerines provide similar benefits.
Papayas: Called “the fruit of the angels” by Christopher
Columbus, who noticed that the natives (who ate them
daily) were strong and had few health problems (if any).
The nutrients in papaya promote heart health, boost
immune systems, increase male fertility, aid digestion,
prevent emphysema, and protect against colon cancer.
Papaya contains the digestive enzyme, papain, which is
used like bromelain, a similar enzyme found in pineapple,
to treat sports injuries, wounds, other trauma, skin
disorders, and allergies.
Peaches: Though low in calories (one cup of sliced
peaches has only 60 calories) and composed of 80%
water, peaches are packed with fiber, vitamins, minerals,
and carotenoids. The dose of fiber in peaches acts as a
gentle laxative, aids digestion, and may also help combat
cancer. A study in China found that men and women who
ate peaches more than two times per week had less risk of
developing cancers of the mouth than those who did not
eat peaches.
Pears: Pears are high in fiber, particularly lignin, an
insoluble fiber that helps to move cholesterol out of the
body, and pectin, a soluble fiber which binds to cholesterol, also causing it to be removed from the body. The
insoluble fiber also helps reduce the risk of colon cancer.
Pears also contain a mineral, boron that play an important
role in keeping bones strong.
Pomegranates: Contains tons of phytochemicals like
potassium, which is great for lowering your blood
pressure. Studies also suggest that pomegranates, which
contain the most cancer-fighting ellagitannins out of any
common fruit, can inhibit cancer cell growth, slow the
progression of prostate cancer and reduce the risk of
atherosclerosis (See “Heart Disease”).
Prunes (Dried Plums): Because of their high fiber,
prunes are famous for their laxative effect. Prunes are
known for normalizing blood sugar levels, protecting
against many ailments (heart disease, breast cancer, colon
cancer, etc.), and helping with weight loss.
Raspberries: High in fiber, as well as vitamin C, natural
aspirin, ellagic acid and anthocyanins. They appear to have
anti-viral and anti-cancer properties, with studies suggesting they may have a role in preventing oral cancer.
Squash*: Very high in vitamin A. Also contains fiber,
vitamins C, B6, B1, potassium, folate, and other phytonutrients which may help prevent cancer, heart attack,
stroke, and high blood pressure. The copper found in
summer squash is also helpful for reducing the painful
symptoms of rheumatoid arthritis.
Strawberries: Contain high levels of ellagic acid and
anthocyanins, and are rich in vitamin C and fiber.
Strawberries also display anti-viral and anti-cancer activity,
particularly against liver cancer. In one study, strawberries
topped a list of eight foods most linked to lower rates of
cancer deaths among elderly people. Those eating the
most strawberries were three times less likely to develop
cancer compared to those eating few or no strawberries.
Strawberries also protect against macular degeneration
and rheumatoid arthritis.
Tomatoes*: A major source of lycopene, an antioxidant
and anti-cancer agent that intervenes in devastating chain
reactions of oxygen free radical molecules. Tomatoes are
linked to lower rates of pancreatic cancer and cervical
cancer. Lycopene – even as found in ketchup – may also
lower the risk of cardiovascular disease. Organic ketchup
(which is darker) contains up to 60% more lycopene per
gram than regular brands. Researchers have also found
that organic ketchup has the highest levels of vitamins A,
C, and E.
Watermelons: Contains high amounts of lycopene and
glutathione, antioxidant and anti-cancer compounds, and
also displays mild anti-bacterial, anti-coagulant activity.
Watermelon boosts energy production, while preventing
erectile dysfunction, macular degeneration, and prostate
cancer.
*Note: Fruits that are often thought of as vegetables.

The Healing Power of Fruits 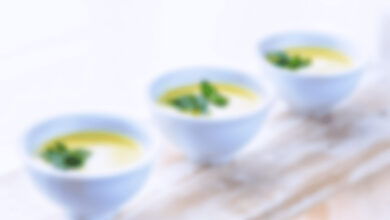 The Healing Power of Fruits 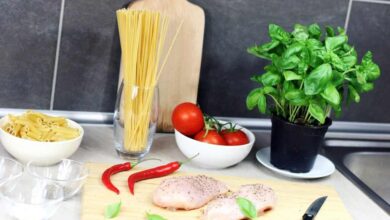 The Healing Power of Vegetables