What is a Vaccine?

“A vaccine is a medical preparation providing immunity from a vaccine specific disease….vaccines change the immune system by promoting the development of antibodies that can quickly and effectively attack a disease causing microorganism when it enters the body, preventing disease development.” – The Gale Encyclopedia of Science

Live, attenuated vaccines, like the MMR, are very commonly used. They are vaccines that are alive and infectious but have been treated with a chemical (often formaldehyde) that is supposed to weaken them to the point that they do not actually because the disease against which they are immunizing. They can multiply and are more effective unlike killed/inactivated vaccines. Some vaccines, such as the DTaP vaccine, contain portions of the microorganism attached to a chemical that allows it to stimulate the immune system.

What’s in a Vaccine?

Formaldehyde, other animal viruses, cow blood, traces of human DNA, MSG, heavy metals like mercury and aluminum, disinfectants, antibiotics, sugar, gelatin, egg. The common disinfectant used in vaccines is both cancer causing and toxic. Shockingly, the chickenpox vaccine involved the use of a cell line that was started using tissue from human embryos obtained through illegal abortions in the 1960’s. Some research has been done implicating the SV 40 virus, a monkey virus, which was not removed from some vaccines during cleaning, in cancer cases.

What are some diseases that we currently vaccinate against?

r Some of these diseases can be fatal. It gives parents peace of mind by helping to shelter their children from preventable illness and potential death. Conditions in schools make it easier for children to transmit pathogens as do some crowded living situations.

Babies have immature immune systems and it is seen that giving them some immunity protects them.

In some countries, it is easier to contract illnesses with less access to effective medical care.

Some diseases are worse when contracted as an adult. Rubella, for instance, isn’t a very serious illness on its own, but can lead to a disorder called congenital rubella syndrome (CRS) when contracted by a pregnant woman. CRS can lead to serious birth defects and sometimes death of the child. Chickenpox is also more serious in adults. Thus, it is better to intentionally expose children to vaccine preventable diseases.

Some public assistance programs require recipients to vaccinate their children for full benefits.

The Illness and the Vaccine

With certain vaccines, the risks associated with being infected are similar to being injected with the vaccine. It seems that, as well as presenting the risks of a natural infection, vaccines also introduce other potential complications.

Both the measles illness and measles vaccine are associated with brain inflammation, seizures, hearing loss, and the development of irritable bowel disorder. Specific only to measles vaccination is the risk of experiencing atypical measles infection. An atypical infection is a more severe case of measles striking only those that have been previously vaccinated. The risk of death is higher in atypical measles infections than in natural infections.

Mumps and its vaccine share the potential of aseptic meningitis. The mumps vaccine alone is associated with the development of insulin dependent diabetes.

Both rubella and its vaccine can lead to arthralgia or arthritis.

There is a possibility that children who were vaccinated for chickenpox will develop shingles as an adult.

Aviva Romm, in Vaccinations: A Thoughtful Parent’s Guide: How to Make Safe, Sensible Decisions about the Risks, Benefits, and Alternatives, suggests that the diphtheria, pertussis and tetanus (DPT) vaccine is associated with a significant number of frequently occurring adverse reactions. These reactions seem to outweigh the discomforts common to a natural infection. Pertussis and its vaccine may both cause encephalitis.

It’s hard for anyone to tell how safe vaccines are, despite the soundness of the fundamental idea of how vaccines work. In the 1930s, a vaccine for the poliovirus was administered to patients and it caused the paralysis it was designed to prevent. More recently, the CDC changed their recommendation from the oral poliovirus vaccine to the inactivated polio vaccine after studies showed that all polio cases since 1980 were caused by the vaccine. Additionally, Curtis Cost, in his book Vaccines are Dangerous, has collected evidence that some of the illnesses that vaccines have been created for were declining prior to administration of the vaccines.

A 1991 study published in the Lancet showed correlations between hepatitis B vaccines and central nervous system problems. Another study in the Lancet found that children who received a new measles vaccine died in significantly greater numbers from common childhood diseases than children who did not receive the vaccine. Another Lancet study found that people who were vaccinated were 3 times more likely to develop Crohn’s disease and more than twice as likely to develop ulcerative colitis.

Current research is focusing on the H1N1 Vaccine and the seasonal influenza vaccine (also known as the “flu shot”), with most of the current concern focusing on the mercury content (and possible links to Alzheimer’s) and their role in weakening the immune system (rather than strengthening it).

The Swine Flu Epidemic of 1976 inspired the vaccination of over 40 million people. A little known fact was that those vaccinations caused devastating side effects to over 4000 victims. Swine flu itself only killed one person.

Harris Coulter, in his book Vaccines, Social Violence and Criminality: The Medical Assault on the American Brain says that much developmental impairment trace back to cases of encephalitis which, Coulter says, are primarily caused by the childhood vaccination programs in industrialized countries. Death and encephalitis have been reported as adverse effects of the MMR, DTP, polio and flu vaccines.

Just how necessary are some vaccinations?

In her 2010 article, “Using Fear and Prejudice to Attack Vaccine Exemptions,” Barbara Loe Fisher mentions polio-vaccinated children expose unvaccinated children to the poliovirus because they become infectious after receiving the vaccine.

Sometimes reactions can also be fatal. The National Childhood Vaccine Injury Act, using your tax dollars, has given money to families of infants who have passed because of the pertussis vaccine. These deaths were originally classified as SIDS deaths. It has been a long time question of my own if vaccines are as necessary as the profits reaped by pharmaceutical companies as well as the Centers for Disease Control (CDC) which is responsible for purchasing and distributing a large number of childhood vaccines. According to Money magazine, a safer form of the pertussis vaccine, a cellular pertussis vaccine, was withheld from the public for years after it was licensed, for reasons of production costs.[1]

There are risks associated with taking the vaccines such as allergic reactions and certain syndromes like Guillain-Barre Syndrome (GBS). GBS has symptoms of muscle weakness and paralysis that can cause respiratory dysfunction that may be fatal. Seemingly the symptoms are caused by nerves outside of the central nervous system losing their covering (myelin). A known risk for many vaccines is destruction of the covering of nerves. Myelin is necessary for normal brain and neurological function. The development of allergies and bowel problems are known to be increased when vaccines are given.

Since breastfeeding gives newborns immunity passing it from mother to child in the breast milk it may not be necessary to immunize newborns. Breast milk also contains chemicals that protect babies from infections like Hib, pneumonia and other respiratory and intestinal infections along with promoting the maturation of the immune system. Some practitioners see that vaccinating prevents diseases that help the immune system mature thus vaccinations cripple the immune system later on in life. Some practitioners even see that aside from physiological maturity, mental maturity also occurs during an illness.

Combination vaccines overwhelm the immune system – it is highly unlikely that a person would get measles, mumps, and rubella all at the same time.

What do I do if I want to abstain from vaccination?

There are 3 types of exemptions: Philosophical, Medical, and Religious. Look at the National Vaccine Information Center (NVIC) website (www.909shot.com) to investigate the type of vaccination exemptions your state allows and file one. There may still be issues with your child entering or remaining within the public school system. Go to the NVIC site for more information and resources and on how to obtain assistance.

What if I want to vaccinate?

Risk of anaphylaxis is a reality for all shots, so be sure that a chemical used to treat such a reaction, epinephrine, is present at the time of injection. If your child does suffer a bad reaction to a shot, be sure that it is reported to VAERS, after doing all you can to ensure your child’s safe recovery. It is also important to keep detailed records of any adverse events.

Whether or not to vaccinate is a very serious issue for many families and, in my research, journalists, holistic practitioners and even medical doctors concur that being informed is crucial in making decisions about whether or not to vaccinate. Fear should not be your primary motivating factor. However, fear is instilled in the readers of much of the literature provided by the CDC, National Institutes of Health (NIH), the public school system and various initiatives whose objective is to increase vaccination. On the other end, fear is propagated by those who oppose vaccines leaving parents in a difficult position. Ultimately, the decisions are made for indecisive caregivers by mandates of the public school system, pressure by doctors, and persecution by vaccinating parents.

Research is crucial to making a decision. Please start by reading some of the literature I’ve cited here. The most strategic starting point is a book I’ve consulted throughout this article, Vaccinations: A Thoughtful Parent’s Guide: How to Make Safe, Sensible Decisions about the Risks, Benefits, and Alternatives by Aviva Romm. She offers a wide scope of bare-bones information about vaccines and multiple considerations while not invoking the fear many writers do. Other books on the subject include A Shot in the Dark by Harris L. Coulter, The Parents’ Concise Guide to Childhood Vaccinations: From Newborns to Teens, Practical Medical and Natural Ways to Protect Your Child by Lauren Feder, and What Your Doctor May Not Tell You About Children’s Vaccinations by Stephanie Cave.

As a parent, you have a right to decide whether your children are vaccinated and when. Check out the following sites for more: njvaccinationchoice.org, www.cfic.us, and www.vaccinechoice.org

Don’t be discouraged. Don’t feel alone. There are many parents all over the world that share this struggle. I’m one of them.

Visit the National Vaccine Information Center website to find information on vaccines  your child has taken or is “required” to take.

[1] Romm seems to think that the acellular version of the pertussis vaccine appears to be safer than whole cell pertussis in some populations because those populations vaccinate children later in life. 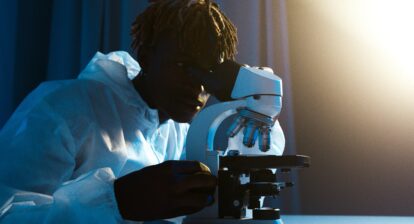 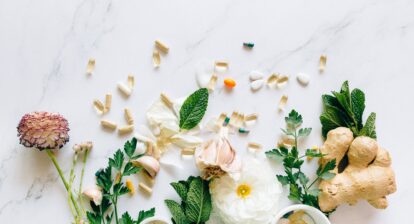 Traditional Medicine vs. They Medicine
November 20, 2022 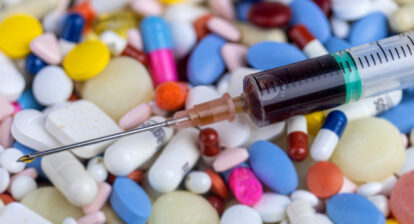 Traditional Medicine vs. They Medicine

Pop Quiz: Are You Healthy?