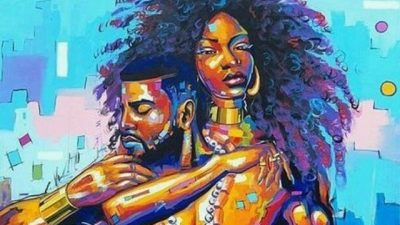 Fellas, if you’ve ever wondered,”Why doesn’t my woman treat me like a king?”, this article is for you.

The answer is really simple, more then likely you want to be treated like a king without actually being a “King.” In other words, you want her to treat you like you are a financially independent, well respected, and established man yet you are obviously not. You are more then likely not in a position to meet all of her needs and if she’s expecting you to provide, this will take away any urge she has to treat you like royalty. She may love you, still want to be with you, but she won’t admire you until you have proven that you are who you say you are.

At a certain point you may find yourself saying something like: “My woman doesn’t treat me like a King because I don’t treat myself like a King. I don’t have a kingdom. I don’t have the wealth or power typically associated with a King. I want credit and recognition for a title I haven’t earned. My woman is intelligent enough to see this and refuses to pretend that I am a king, when I am not. So with this understanding she has two choices. Either decide to help me grow into the King she thinks I will become or decide that I will never be anything more then I already am and stick around for companionship and blind loyalty, but not for adoration and admiration of my person.”

So what is the solution? Well it’s obvious, become an alpha male.

What is an alpha male and how do you become one?

I would define an Alpha Male as: Any man with an unconquerable consciousness and a perpetual fearless disposition towards the world. That man is capable of producing anything he can imagine and protect it by any means necessary. The alpha male creates opportunities when none are present and does not require external direction or instruction. The alpha male is completely self-sustained and self sufficient.

Obviously there are major challenges to any man seeking true alpha male status in this world. It is much harder as a black man to gain complete ‘self-sufficiency’ under the system of global white supremacy.

This however is not a reason to quit or avoid the battle.

You have two choices, either lay down and die or stand up and be a champion. Your woman will never respect you if you quit or quiver in fear, of anything. She will love and adore you forever if you fearlessly fight for your space in the universe like your life depended on it, because it does.

If you want your woman to treat you like a king, then become one.

Tags: indigenous love
Share This Post
Have your say!
00
Previous ArticleBeing “Woke” Is Not An Excuse To Be BrokeNext ArticleKnowledge Is Power!

Traditional Medicine vs. They Medicine